The best ghosting response? There's no need to overthink it or beg for clarity. Simply send one single text, letting him/her know that you're doing just fine! 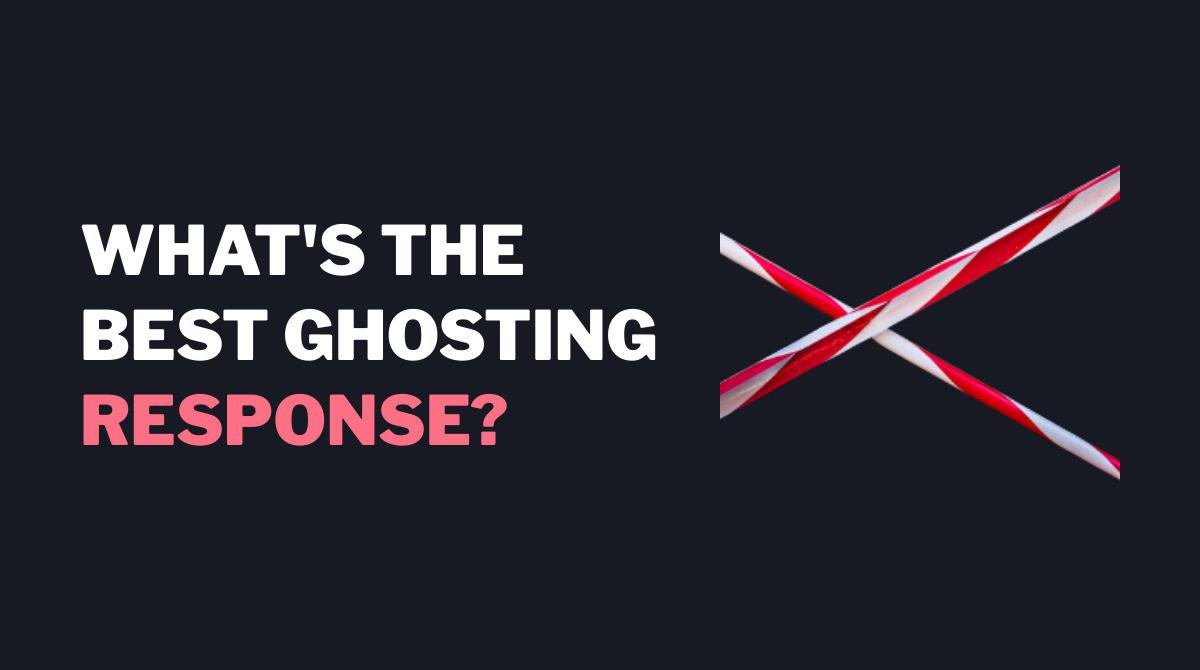 Thanks to modern communication methods like texting, there are a whole new world of behaviors to get used to. Figuring out what's going on and how to handle it can be frustrating and confusing, so we'll walk you through what you need to know including the best ghosting responses.

As usual, feel free to jump to any section that may drag your attention first! 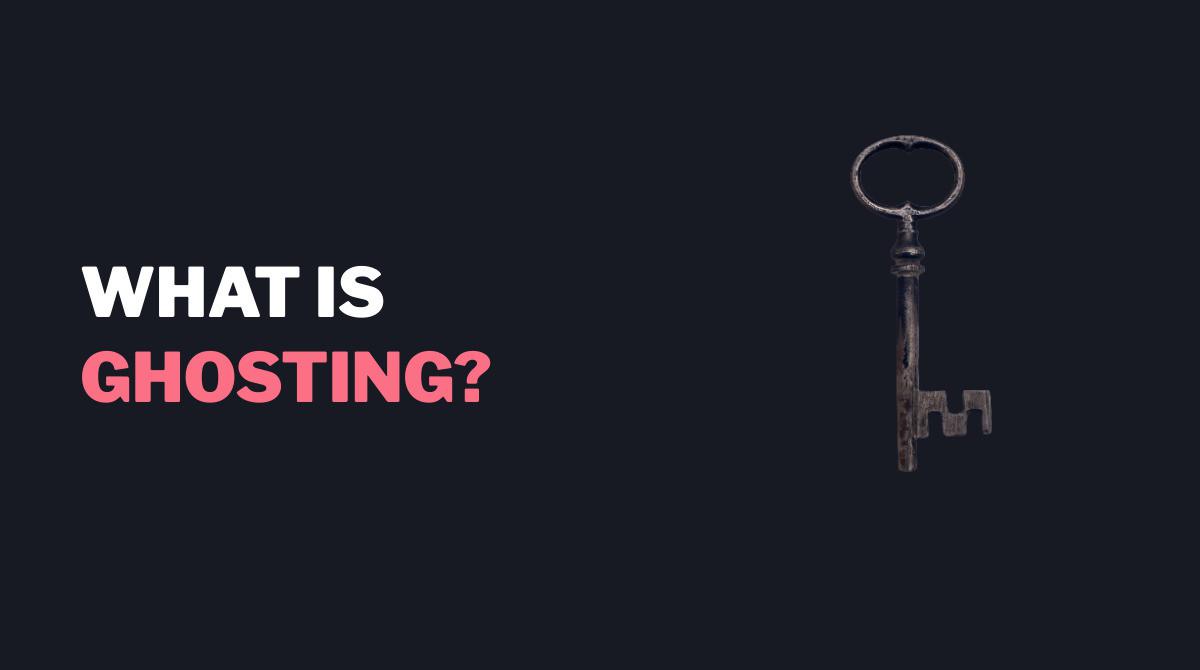 First of all, what is ghosting?

Ghosting describes the phenomenon of someone simply vanishing into thin air with no explanation. Sometimes it happens after just one date, and it can even happen after weeks of dating or in an established relationship.

Having someone disappear when you've been talking doesn't feel good. And people deserve better. So it's understandable to feel sad or feel confused when someone ghosts instead of sending a clear message about what's going on.

Unfortunately, it seems like ghosting is here to stay. So it's important to understand what might lead a person to ghosting and to figure out how to respond to ghosting in case it happens to you.

Whatever the reason may be, it is always easier to apprehend being ghosted when you have many other matches to focus on!

If you want to get some more, checkout ROAST, our profile analysis tool, that should give you the best tips to get many!

That being said, let's see why ghosting even happens! 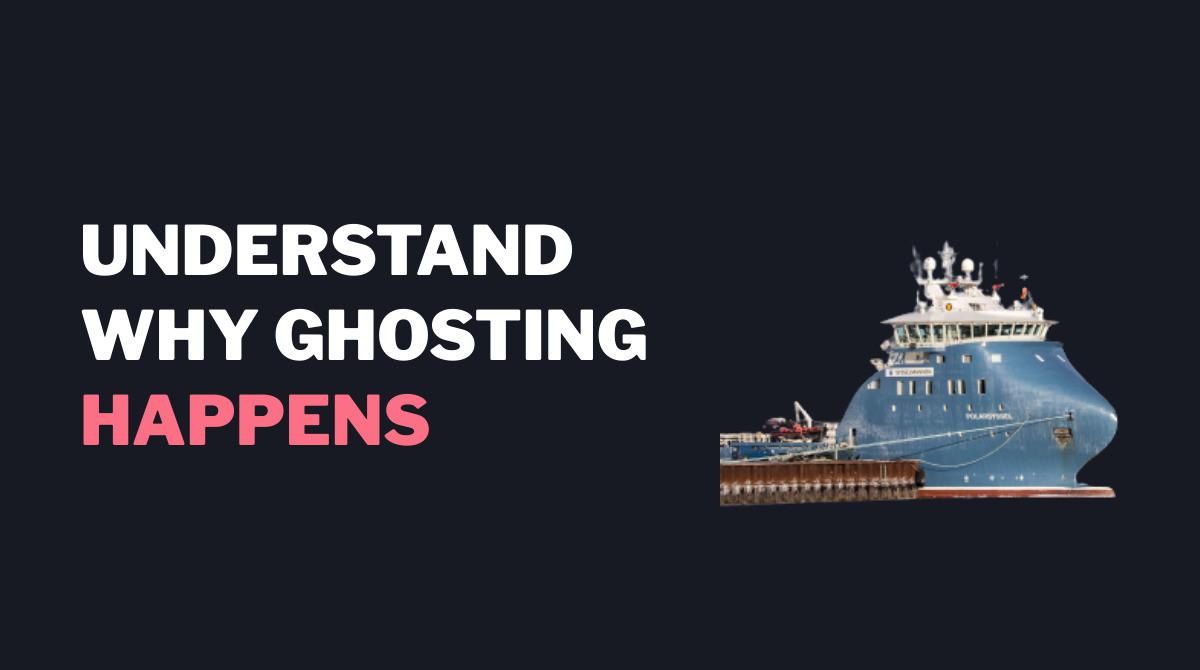 Getting too explicit, too fast

Especially when meeting on dating or hookup apps it can be tempting to start getting hot-and-heavy right away. But this is usually a huge turn-off — unless she's been absolutely clear that's what she's looking for.

Coming across as clingy or desperate

Sending too many messages in a row or demanding responses to your texts is a good way to get ghosted. If someone has already decided that you won't take rejection well they're likely to just ghost to avoid conflict.

Want to know how to ask a girl out and not get ghosted? Read more to find out.

Even if you've done everything right, sometimes people are just no longer interested. Getting ghosted sucks, and it's reasonable to feel hurt. But it's better to accept it's happening than to lash out.

Remember that a lot of guys don't take rejection well. They get angry and respond in ways that have trained many women that simply avoiding conflict is safer.

Want to keep your match interested? Check out these tips.

Trying not to hurt feelings

Believe it or not, sometimes ghosting comes with good intentions. It's possible the other person is trying not to hurt your feelings, or they feel guilty about wanting to end things and don't know how to be honest.

While it doesn't make it any more fun to be ghosted, it can help to realize the other person might mean well. And if you can be cool about it, it's always possible that you can be friends with the person later on.

What if you're getting cyberbullied instead? Here is a few ways in which you can deal with it.

Sometimes it's really true — it's not you, it's them. People have busy lives and any number of things can come up in someone's life that makes them drop conversations and even relationships. Maybe they'll loop back around later and maybe not. But if you've considered how your interactions have gone and can't find anywhere you went wrong, it's best to assume they had a good excuse for disappearing. 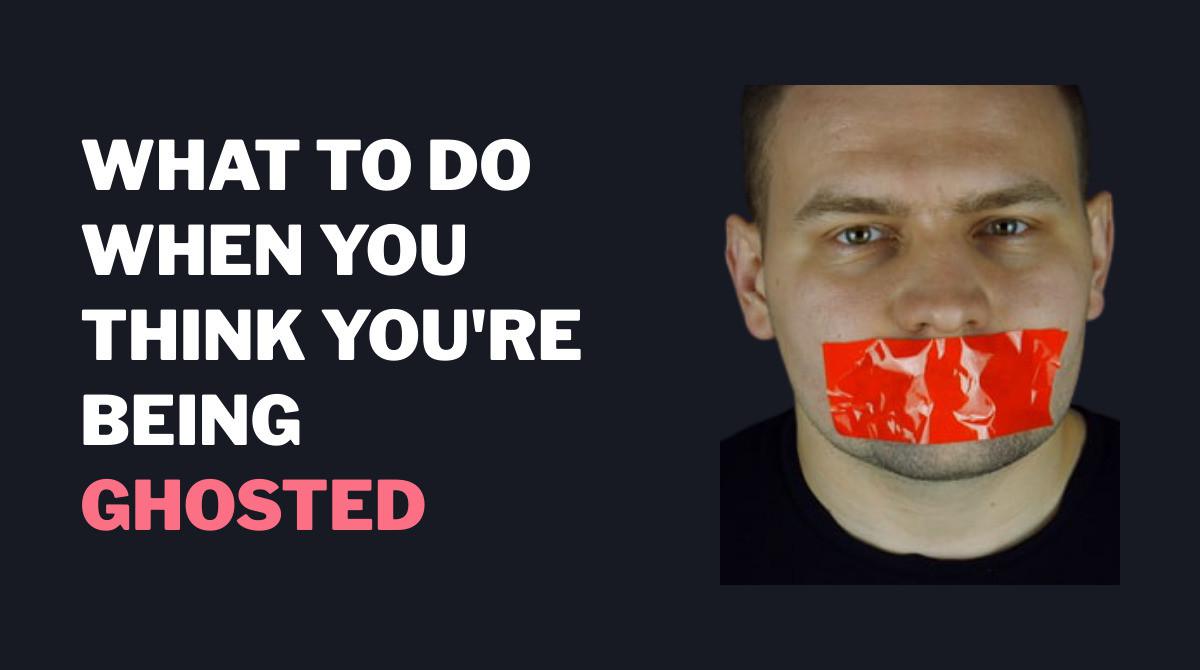 What to do when you think you're being ghosted

First, don't jump to conclusions. People get busy and drop conversations for all kinds of reasons. Maybe they just need some time and you'll hear from them again.

When it feels like enough time has passed, send a message to check-in. Keep it light, maybe start a new conversation. If you still don't hear back, you need to decide if you want to send one final message or if you want to just let it go.

If you thought you had a genuine connection with the person ghosting you, it can be worth sending a message to ask what happened. Again, make sure to keep it somewhat light, and don't blame them for the whole situation. Instead, send a message that lets them know you wonder what happened and you'd appreciate a response, but you won't press the point.

At this point, the ball is in their court. You can hope they'll get back to you, but don't press the issue. Instead, just move on and hope they have a nice life. 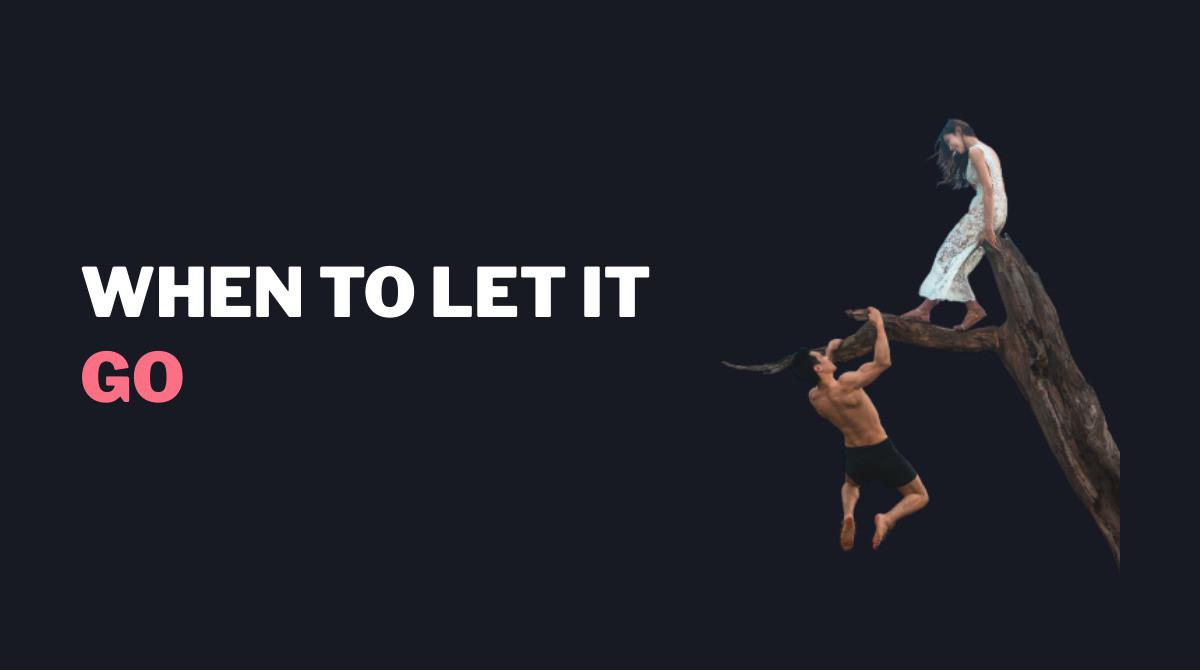 When to let it go

Deciding how to respond to ghosting depends on how serious a relationship was when it happened.

If you were still only chatting on a dating app or only went on one date and she's not returning your messages it's likely you weren't on the same page about the relationship.

Even when you think it's a good match, it's possible the other person just doesn't feel romantic interest. While this entire situation is unpleasant, the only thing to do is wait and see if they respond. Don't keep messaging. If someone is suddenly feeling done with a connection nothing you say will change their mind.

Instead, it's time to focus on the future. Move forward and try again with someone else. And if you're feeling frustrated, check out more of our dating advice, like what to do if you're not getting dates on Tinder.

I hope this article gave you some explanations and hope concerning the ghosting. It is not a fatality!

Understand that changing your reality and solving your issues is something that is in your hands. Keep progressing and adress us your questions! 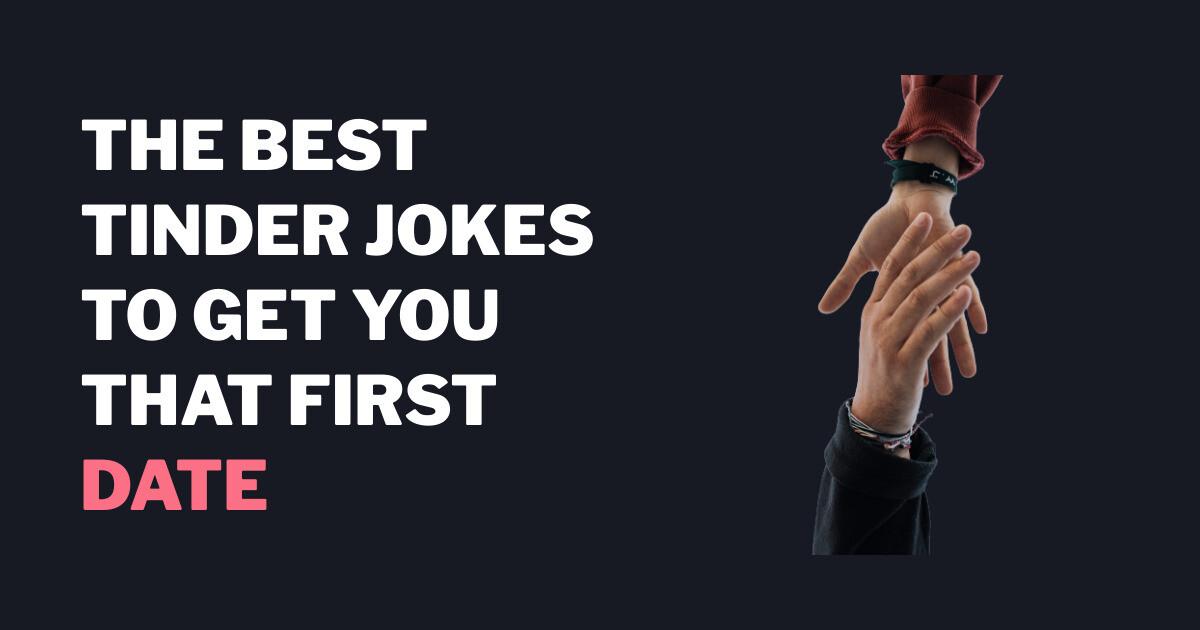 The Best Tinder Jokes To Get You That First Date 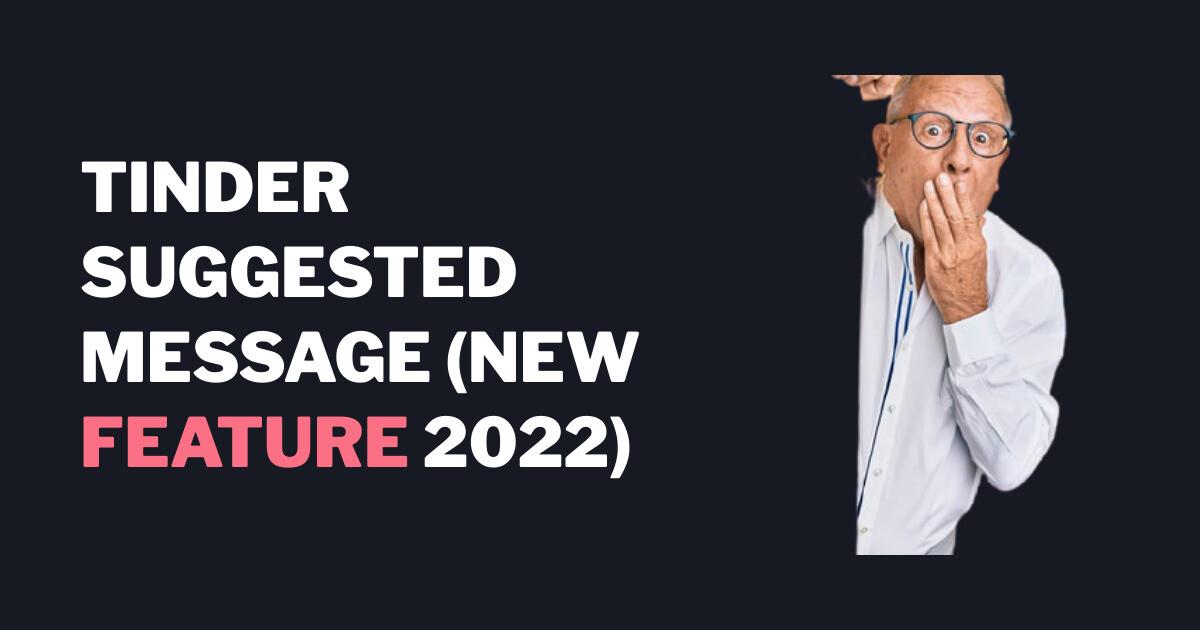 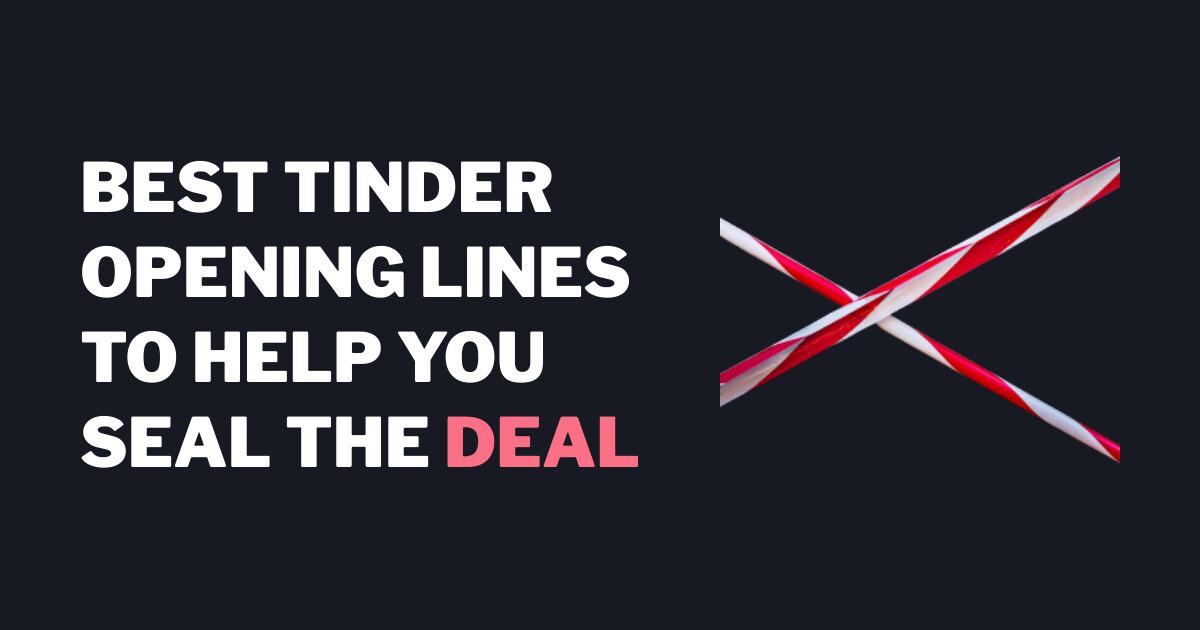 Best Tinder Opening Lines To Help You Seal The Deal 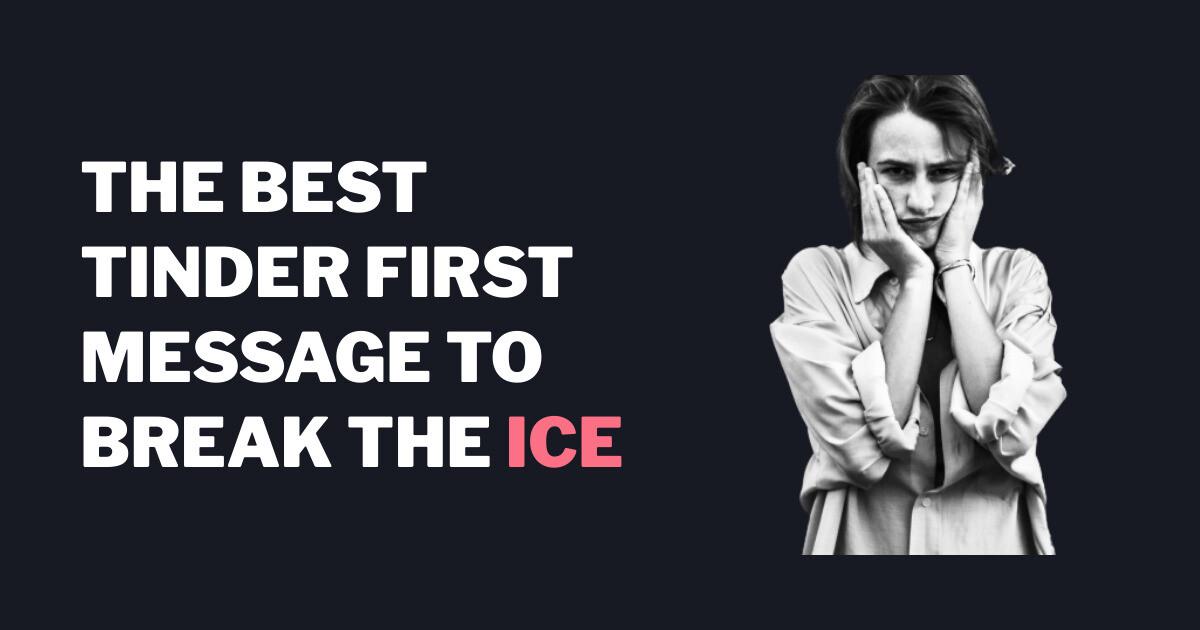 The best Tinder first message to break the ice