Online dating can be lots of fun but you also need to keep yourself safe from catfish and look out for fake profiles. Read on to learn about red flags and other warning signs to look out for. 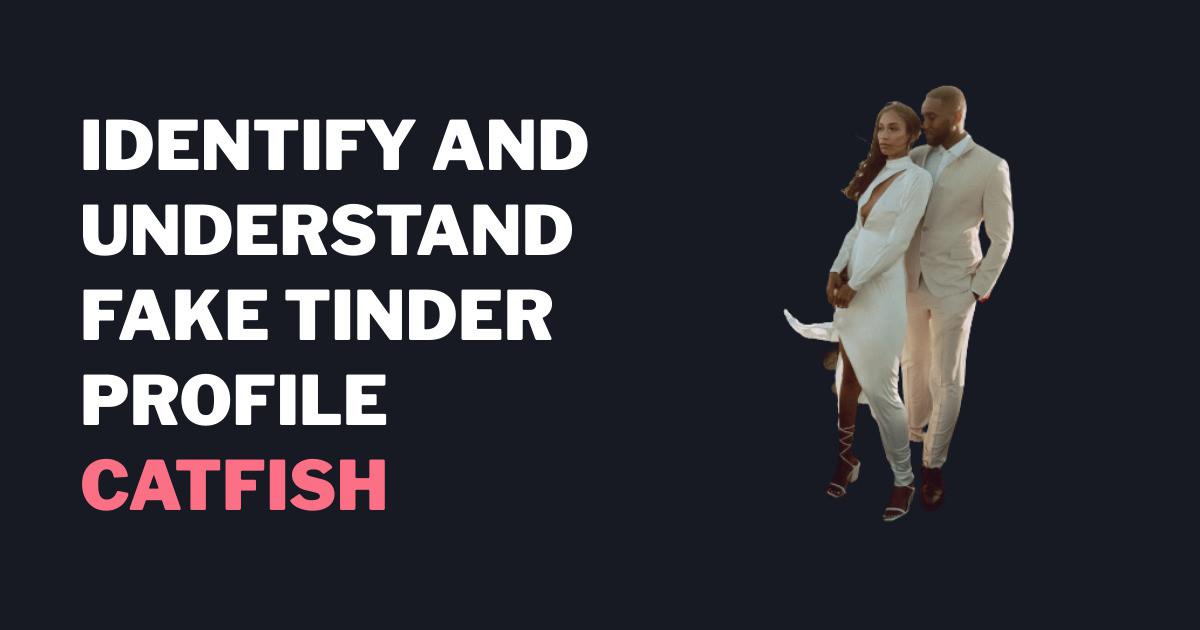 One of the most frustrating parts of online dating is looking out for scammers. From fake Tinder profiles to chat bots to catfish, you need to stay on your toes while you swipe. While most of these scammers are just going to take up space in your app or waste your time, the worst case scenario is that falling for their tricks could lead to identity theft.

It's completely normal if this risk makes you a little nervous. No one wants to make an emotional connection only to find out they've been talking to a Russian AI.

The good news is, most of the fakes are pretty easy to figure out, as soon as you know what to look for. So don't let a few bad actors ruin your dating app experience — read on to find out what signs to look out for, as well as for strategies to keep yourself safe while you swipe. 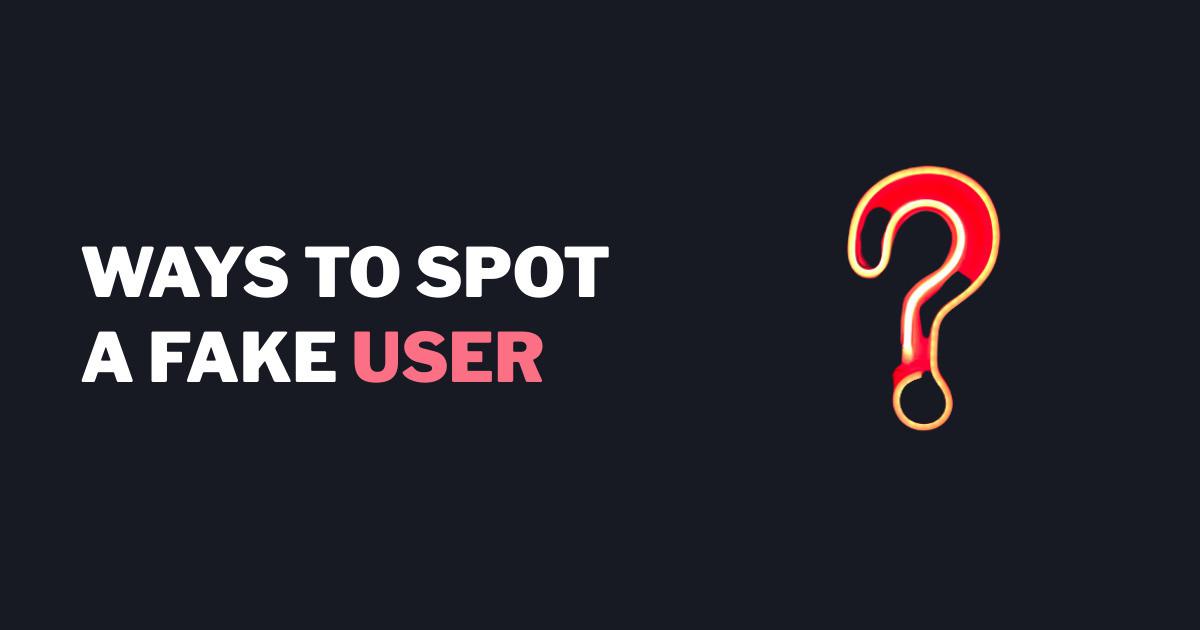 Ways to spot a fake user

Scammers aren't the only time wasters you'll find on an online dating site. Before you spend too much time or energy on someone, you should confirm they're a real person you might want to date., and not a fake account.

They don't have social media accounts

While it's true that not everyone is on social media, it's a little odd if someone has a dating app but not an Instagram account, Twitter account, or any other online activity. While it's not a huge red flag, it should be considered alongside the other factors you're keeping an eye on.

We get it, writing a dating profile can be hard. But there's a difference between being a little awkward, and looking like a machine spit out a handful of sentences that don't make sense. While it's possible English just isn't their first language, this is another factor that should be considered along with the rest.

Tinder bios should contain basic information about a person and what they're looking for on the app. The best Tinder bios do it in a way that makes you laugh or piques your interest. Bots will have bios that seem odd or out of place in a world of dating apps.

They only have one photo

If you've read our advice, you know how important photos are as part of dating profiles. So, at a minimum having only one photo is lazy. But it can also be a sign that someone grabbed an image off the internet and slapped it onto a dating profile.

Having multiple photos isn't proof that they're a real person, or that they're not a scammer, but at the very least they've put more effort into it!

Their profile is missing basic information

As soon as you create a Tinder account, it grabs details like your age, location, and even job — either through the social network you signed up with, or by asking you to include the information.

If these details are missing, that can be a sign that they've used some kind of third-party system to create the account, or that they've got something to hide. Either way, you should proceed with caution.

Their messages come too quickly

At first, it can be exciting when it feels like someone is eager to talk to you, but eventually it's too good to be true.

If each of your messages is answered right after you send it, there's a chance it's a computer program at the other end of the line, rather than an actual human controlling the Tinder profile.

They want to connect off Tinder right away

This one is tricky, because there are a lot of legitimate reasons to get someone's contact info quickly. But unfortunately, it's not always a good idea to give out your number before you know who you're dealing with. Even worse is if they want to connect on a chat app or social network that you've never heard of — especially if it requires you to download new software.

They avoid proof of life

Sure, not everyone wants to go on a date right away. But it can be a good idea to try an audio or video call to make sure you know who you're dealing with. Even better, most apps have features for that built in, so you don't need to exchange numbers to make a call.

If they're unwilling to meet, and unwilling to let you hear their voice or see their face, you're in trouble. 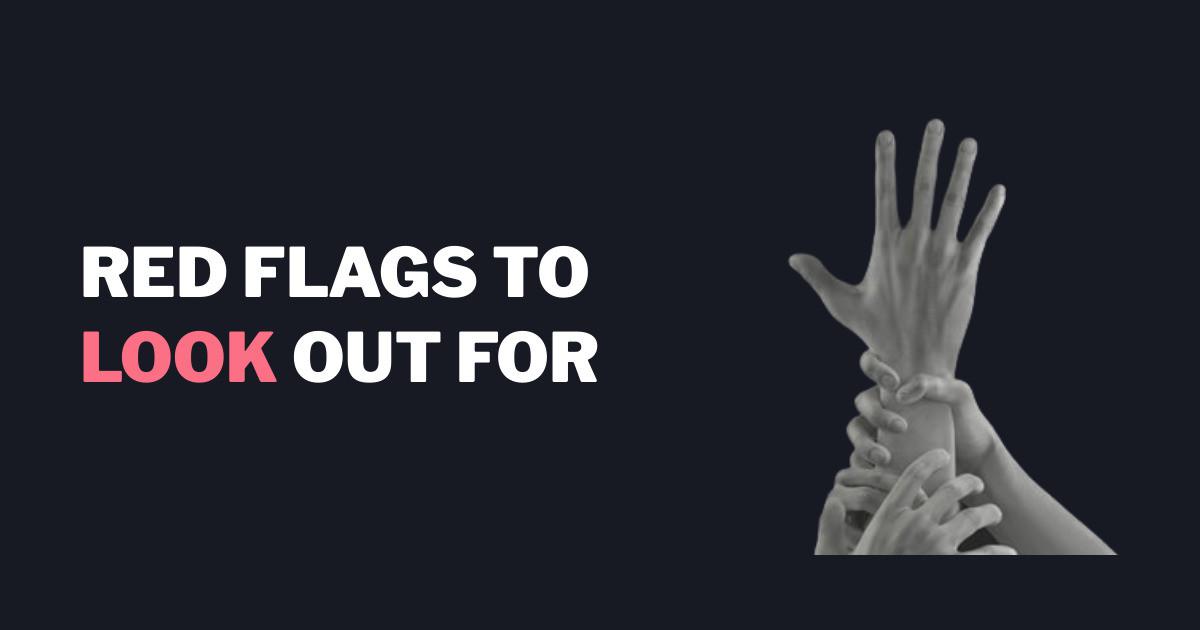 Red flags to look out for

There are some protocols you should follow no matter who you're talking to online. Whether there's an actual human on the other side of the screen, or you've ended up with a bot, follow these basic steps for online safety.

Red flag #1, They ask a lot of personal questions.

You should never share too many personal details before you meet someone in real life.

Red flag #2, They ask you to send money.

Whether they're real or fake, there's no good reason to ask for cash. Some people are just using these apps for financial gain, and unless that's your kink, you should steer clear.

Whether it's a link scam or someone trying to get traffic to their cam page, there's really no good reason for someone to send you a link on a dating app. Just in case it's a dangerous link, don't click on anything that's sent to you.

Even though dodging fake profiles can be a pain in the butt, don't let that risk scare you away from online dating. Running into a handful of sketchy pages, or needing to avoid a few weird links comes with the territory these days. Once you know what to look out for, avoiding these red flags will be second nature, just like tossing out your junk mail.

Even better, once you get good at spotting the fakes, you can help make Tinder better for other users by reporting the fake profiles when you find them. 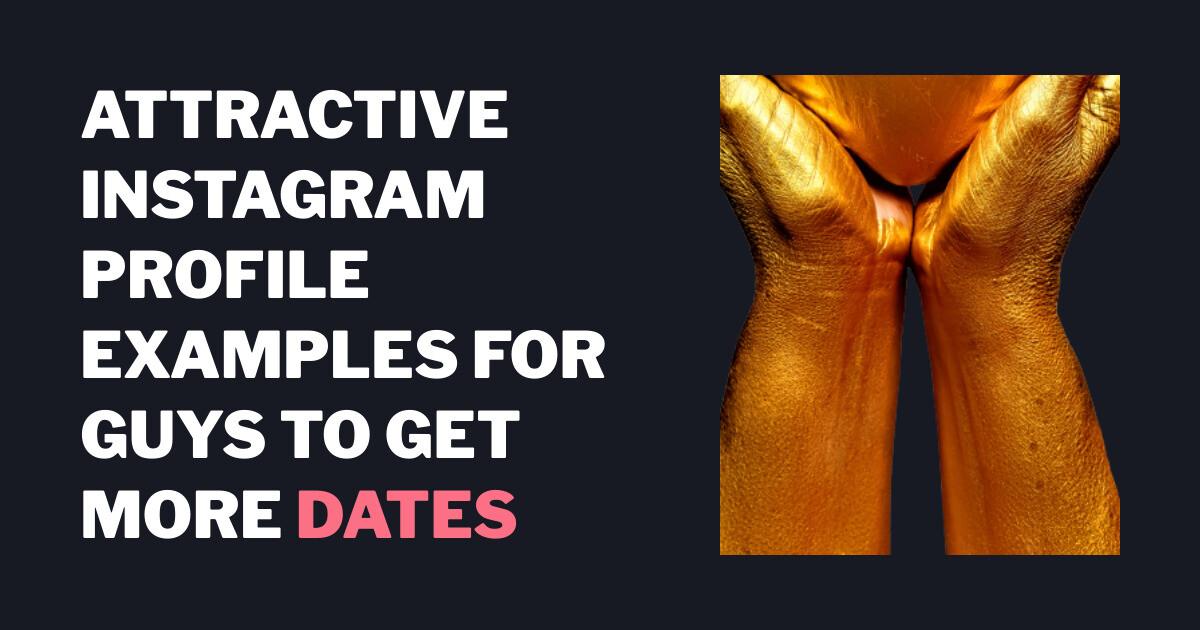 Attractive Instagram Profile Examples For Guys To Get More Dates 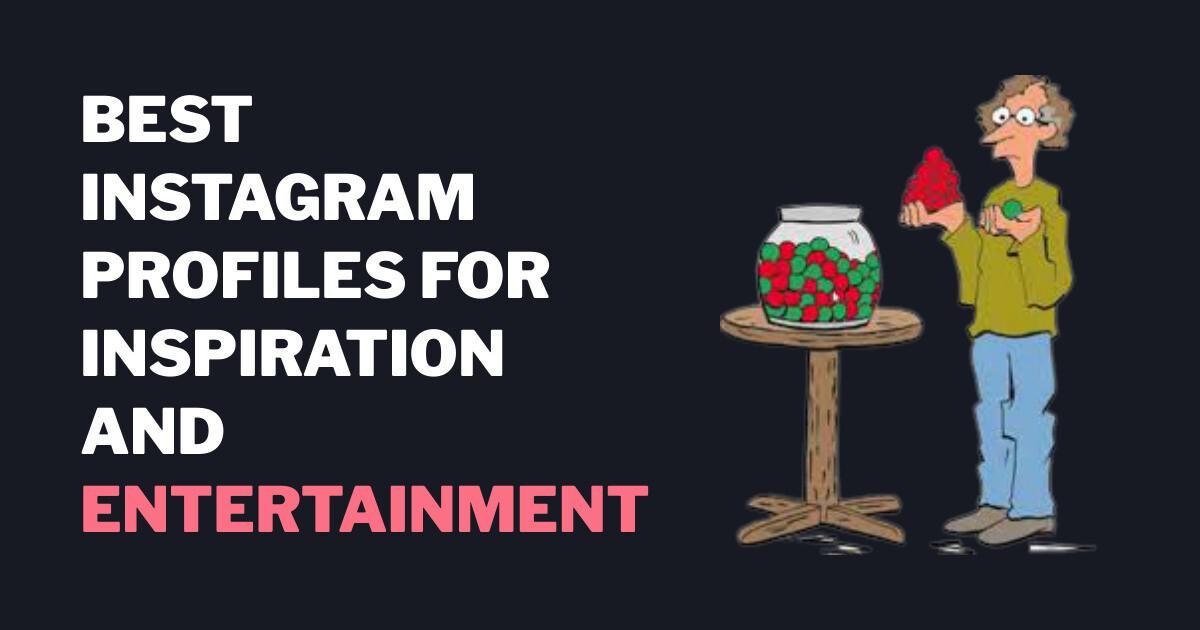 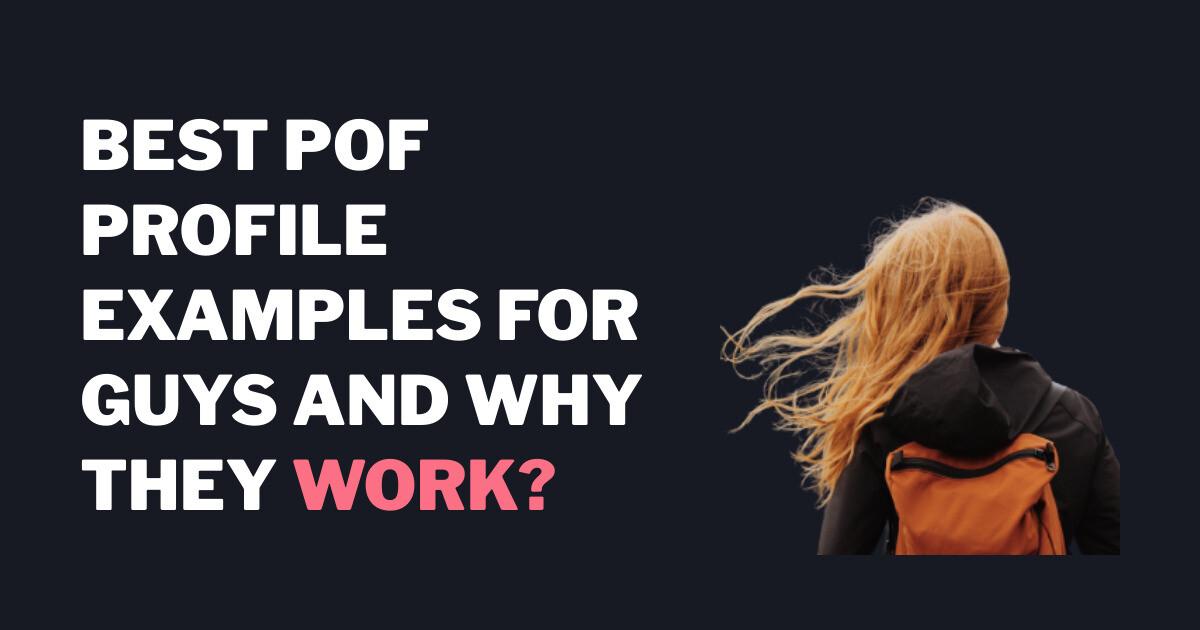 Best POF Profile Examples for Guys And Why They Work? 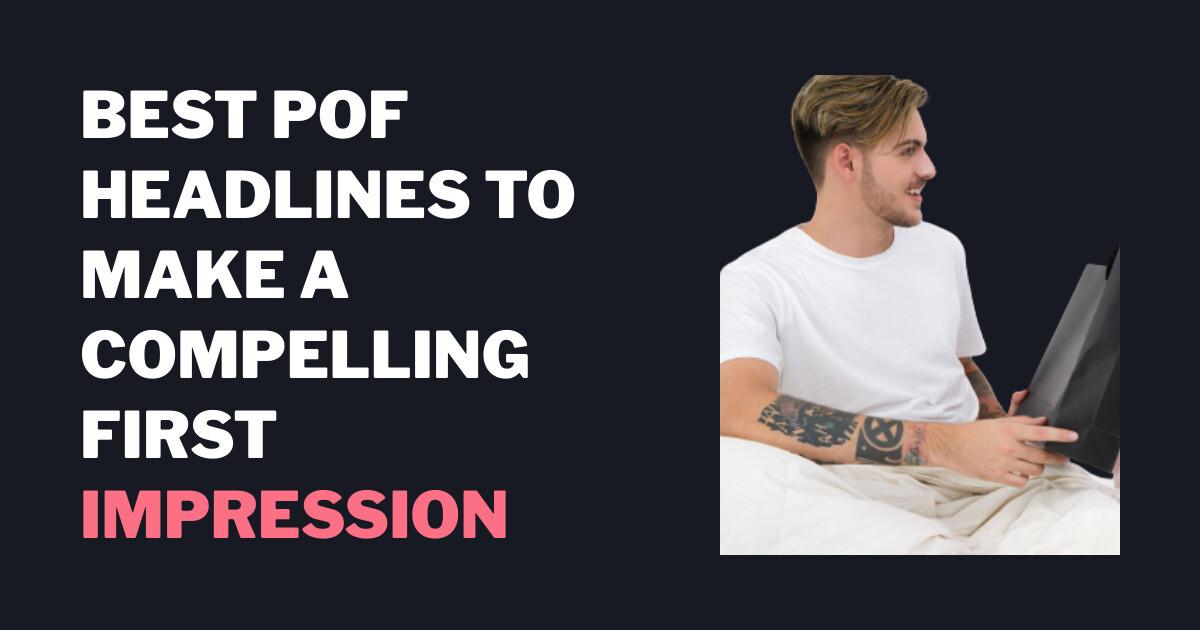