If you're looking for more matches on Tinder, you need a bio that catches her eye and intrigues her. Use one of these tips for Tinder profiles for guys! 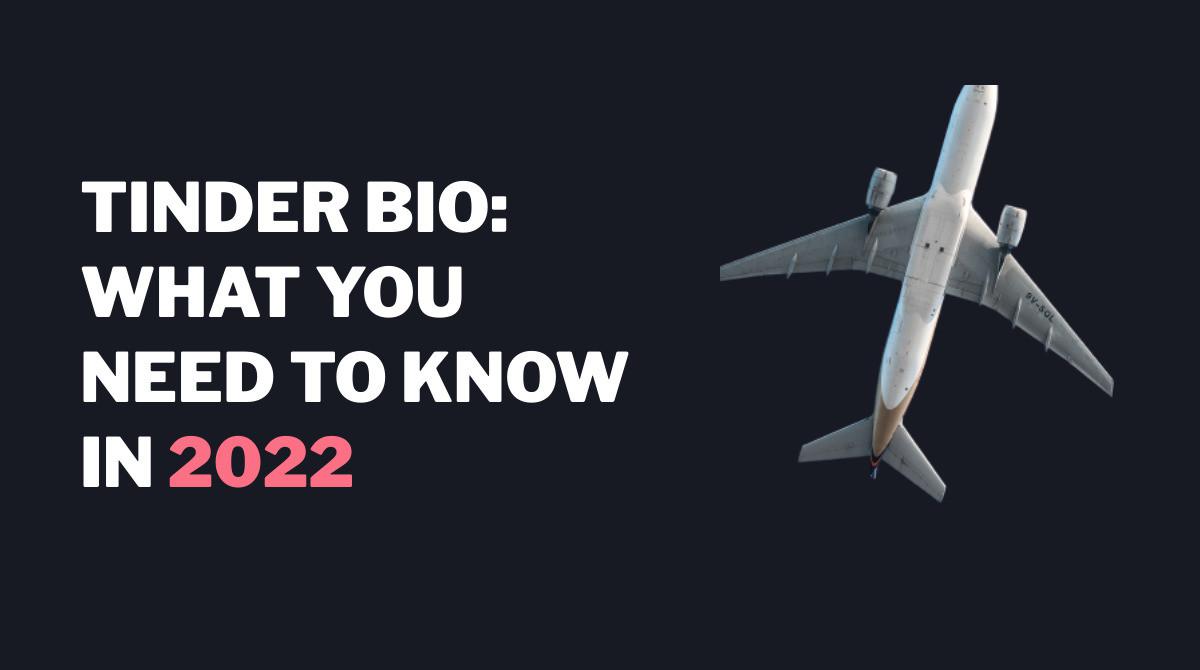 Do you find yourself staring at your screen, waiting for likes and matches?

Do you find yourself matching with the wrong kind of girl? EVERY TIME?

Then one of the first things you MUST do is write the best Tinder bio possible.

Read on to find out exactly how to do that. 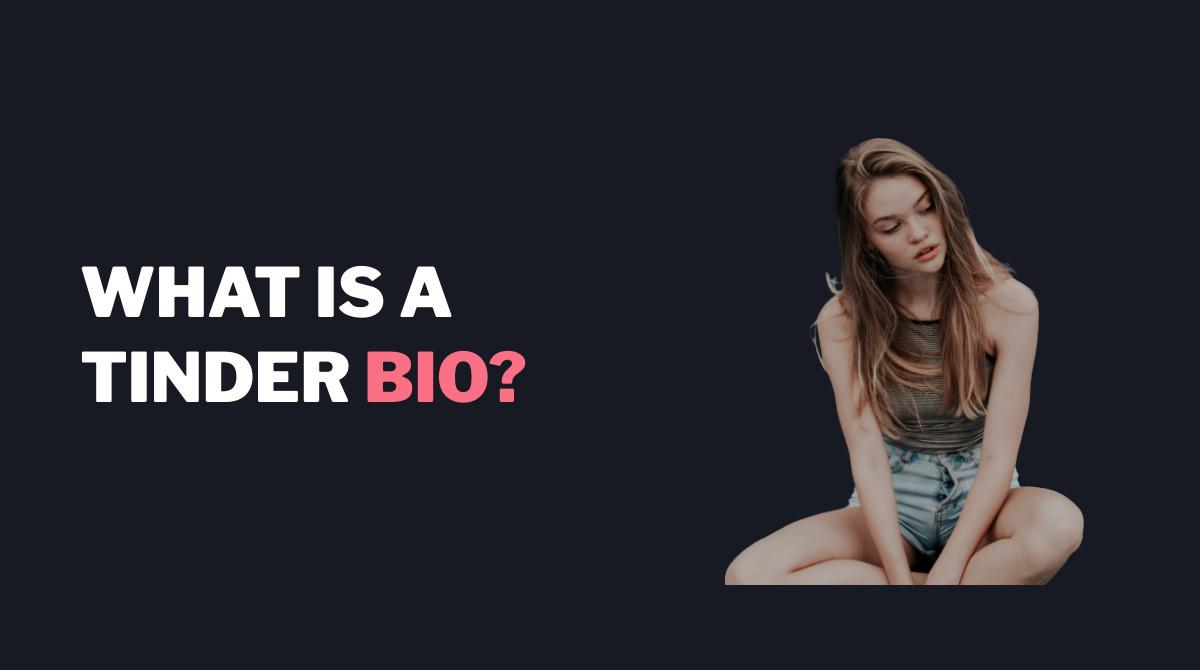 What is a Tinder bio?

The Tinder bio is a short line or paragraph that tells people about themselves in a quick and creative way.

Well, at least ideally, that’s how people should write a Tinder bio.

But most people waste their opportunity of finding their dream partner by writing a bland bio that makes people want to sleep - rather than sleep with you.

A good Tinder bio should make the girl be excited talking to you. It should make her want to text you right away.

And how to do that?

It's all about the balance. Be creative, but don't be too forward. Be funny, but not offensive. And if you're looking for love, be honest (while still keeping things mysterious).

The best bios are both funny and thoughtful; they give your match something to talk about while also keeping them guessing about who you are and what you like.

You only get to write one, so make it count. 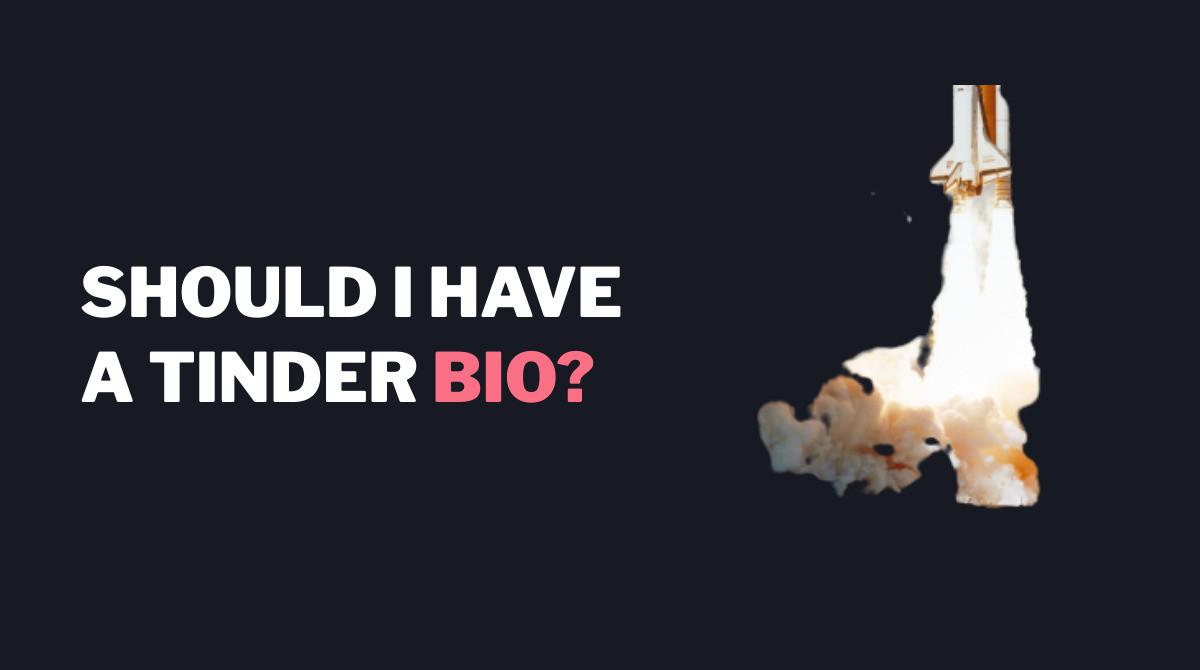 Should I have a Tinder bio?

Do you want to go on dates with cute girls who are just your type? If you answered yes, then YES, YES, YES. You absolutely, 100% MUST have a Tinder bio.

The Tinder bio is one of the best ways to brand and market yourself. And just like good marketing gets plenty of (the right) customers, so does a good bio get you a flock of girls who are just right for you.

I’ve asked many girls on dates what they think about guys with no bios. And here’s what they said.

I swiped left of ALL of them.

Look, you’re not applying for a job, and you don’t need to write EVERY detail about your life. In fact, the less she knows about you, the more mysterious you appear to her. And girls love a mysterious guy.

But that being said.

There’s one and only one reason why a Tinder bio may not be necessary. And that’s if you have got the looks of Ryan Gosling, Brad Pitt, and George Clooney combined. Then maybe, just maybe, you could skip the bio. 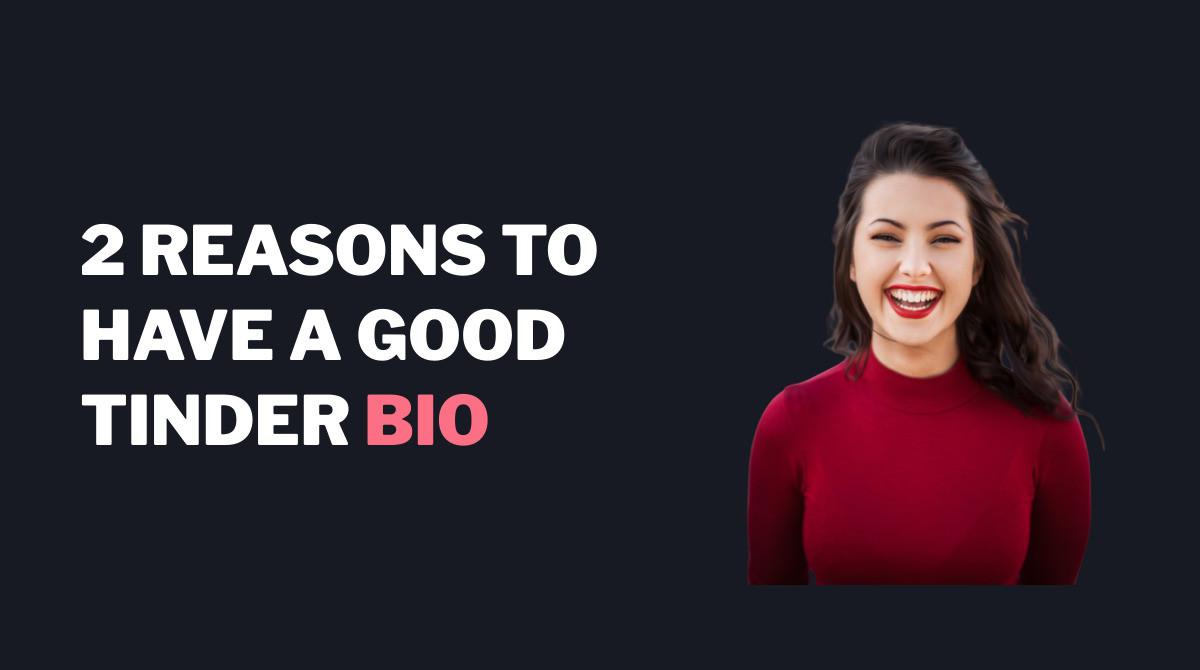 2 reasons to have a good tinder bio

Besides photos, a bio is the only way to make sure you stand out from the sea of desperate men lying for your potential match’s attention. Countless women state that while a photo might intrigue her, eventually, it’s the bio that makes her want to swipe right on a guy.

A bio can make you more attractive to women. Don’t waste that space.

Get Her to Message You First

It was found that if a woman messages you first, there’s a 150% greater chance that she’ll come on a date with you.

So the question becomes: How do you get a woman to message you first?

I’m sure you know what I’m going to say.

A bio. A freaking good bio.

When you write a bio, there are two secret ingredients that will take it to the next level. And that is humor and curiosity.

There are plenty of ways you could sprinkle these ingredients into your bio. For example, you could use the classic two truths and a lie phrase.

For example, you could write:

As you can see, the first two options create intrigue, and the last one adds comic humor.

On the topic of curiosity, Keep things mysterious - Don’t ever reveal all your interests and character traits in a bio. Women LOVE mystery, and you don’t want to make things boring and predictable for her, do you?

On thetopic of humor, here are some lines that will make a woman laugh,

Last time I was someone’s type, I was donating blood.

Looking for someone to third-wheel me and my dog.

I like my partners the same way I like my coffee. So swipe right if you’re hot and bitter.

Once she messages you first, check out our definitive Tinder texting guide to increase the chances you go out on a date with her.

And if she doesn’t message you, don’t worry, I got your back. Check out this article on how to start a conversation. 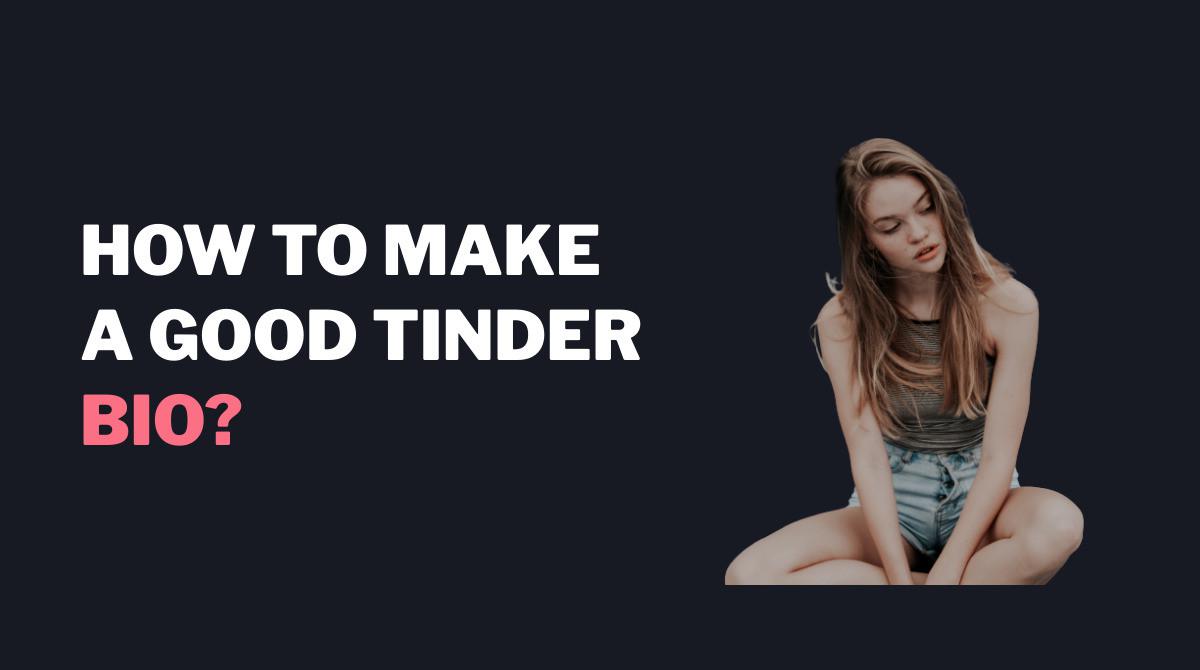 How to make a good tinder bio?

If you had just 3-5 sentences to write something that could impress someone, what would they be?

That’s precisely the kind of question you should ask yourself when thinking about what to write in a bio.

So what are some ways to write the best Tinder bio ever?

State cool things about you. Without trying so hard.

While it’s important to highlight the best things about you, it’s equally important to state those things in a fun and creative manner.

Rather than say that you traveled to many countries in the world, say: I’ve traveled across the globe so many times, I think I’m the reason for global warming.

Be Organized, Use Bullet Points

Do not write walls of text. A girl is on Tinder to have fun and meet someone interesting, not read a biography of your life.

So break up the text into small paragraphs of 1-2 lines each. Or you can add bullet points.

If there’s one thing that girls get repelled by most, it’s a ‘nice guy’. No, not a genuinely nice guy, just someone who pretends to be nice just to get into her pants.

Check out what people here have to say about nice guys.

Be yourself. Don’t pretend to be innocent or nice because you think a girl will like you for that. They won’t. In fact, they’ll be repulsed by you.

A girl adores a guy who doesn’t change himself just to make her like him.

Which brings me to my next point.

Don’t try to please everyone

A mistake people make when writing a bio is they like to please everyone. Don’t be afraid to show who you are in your profile unabashedly. If you’re interested in casual hookups, say so (ideally in a humorous and classy manner). If you want a relationship, mention that.

If you write something in your bio that you’re not, you’ll attract only attract women who aren’t right for you.

So stop pretending to be something you’re not.

Okay, this last one is the worst sin you can commit. Don’t EVER write something like this:

The last one shows that you would go out with anyone and everyone. It shows you’re needy and desperate.

Instead, ask yourself what YOU want in women.

If you only want to go out with a girl who likes dogs, you could write:

Swipe right if you like dogs, specifically pit bulls, even more specifically ones that appear mean at first, only to fall in love with you 10 minutes later.

There are tonnes of desperate guys out there. If you show you have standards, you’ll stand out from the other 90% of the competition.

Conclusion paragraph: So there you have it, guys. Your key to a successful tinder bio. But don’t just take our word for it! Go out there and test these tips yourself. And be sure to show us your best bios in the comments below. We always love seeing what you come up with! 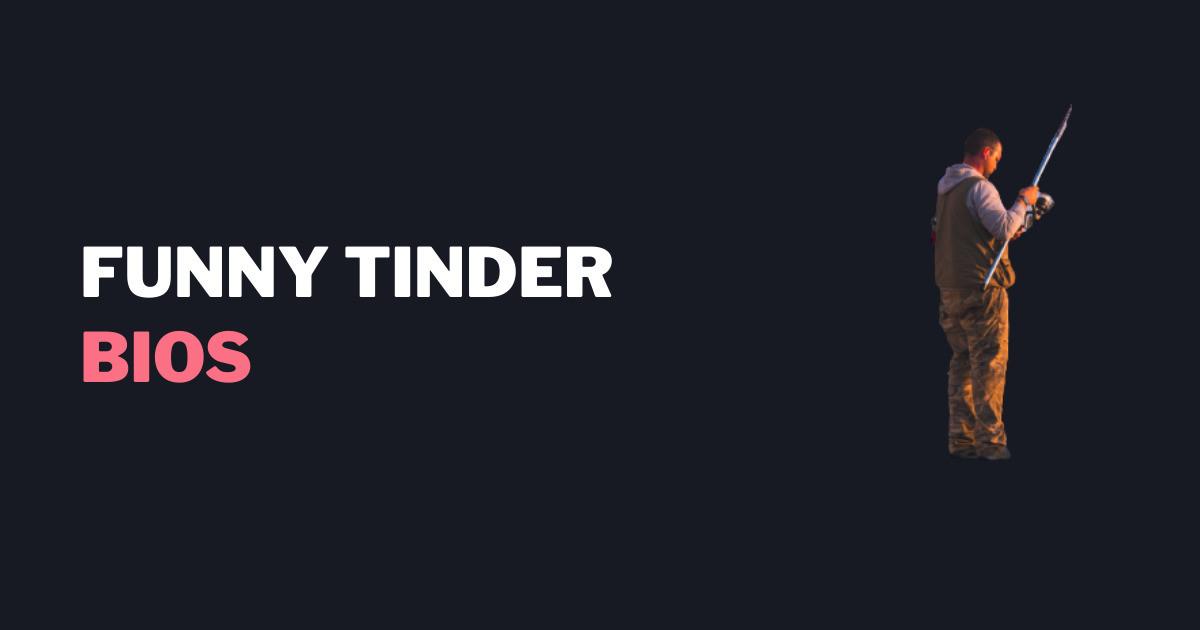 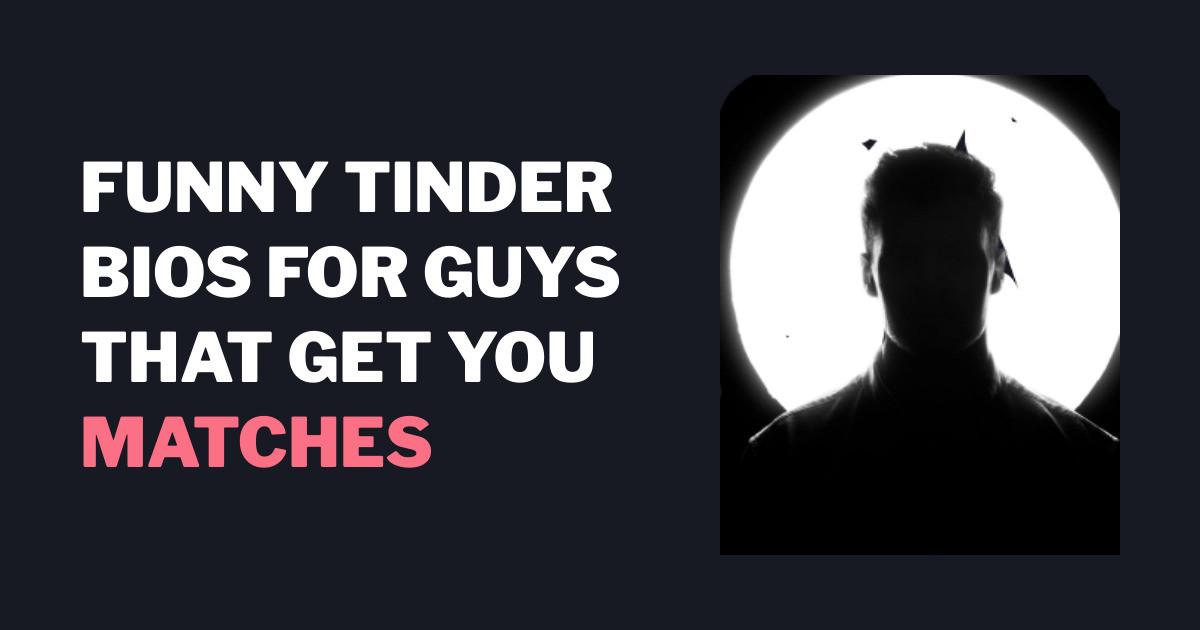 Funny Tinder Bios For Guys That Get You Matches 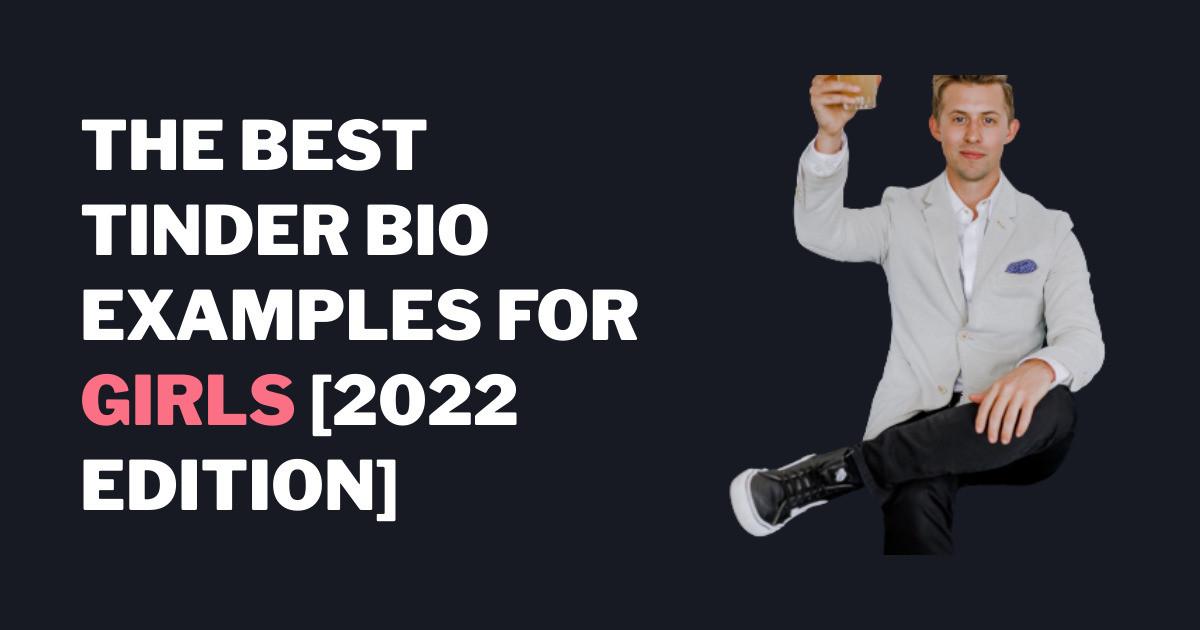 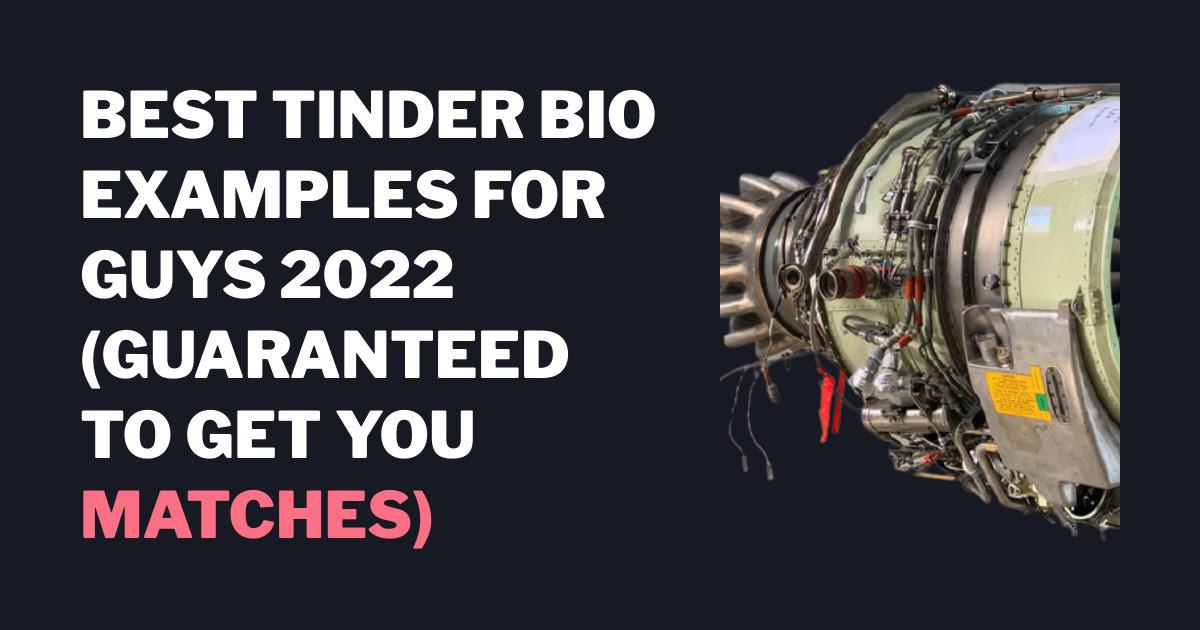