Signs She Lost Interest and What to Do About it

There might come a time when your partner starts losing interest in a relationship. Look for the signs and do small things to make her smile again. Keep reading to learn more. 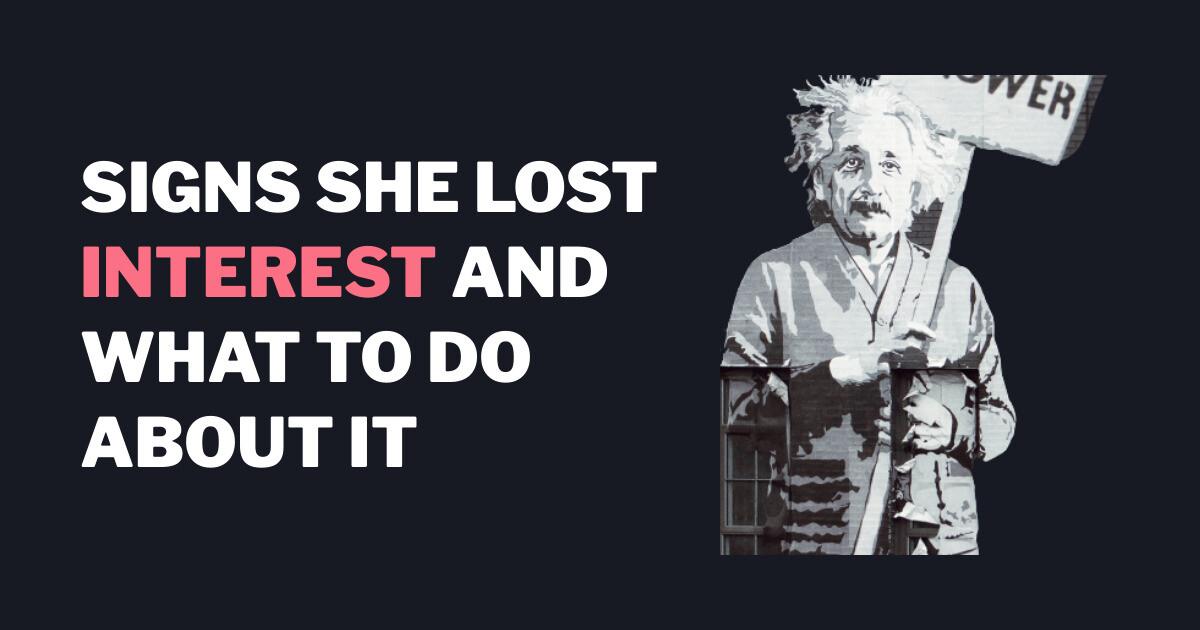 If you have noticed that your girlfriend, with whom you had planned your entire life, no longer seems interested in this relationship like before, then you need to pay attention to signs because chances are she’s losing interest.

Things become tricky when you guys are dating for a short time. Sometimes it's easier to tell if she's losing interest because there will be clear signs that point in that direction. For instance, negative body language or behavior is a big red flag that occurs when women lose interest.

Regardless of how long you've been together, though, it can always help to know when you both are on the same page, so you don't do anything to mess it up.

So, if you're curious whether she's losing interest, read on to find out the signs. 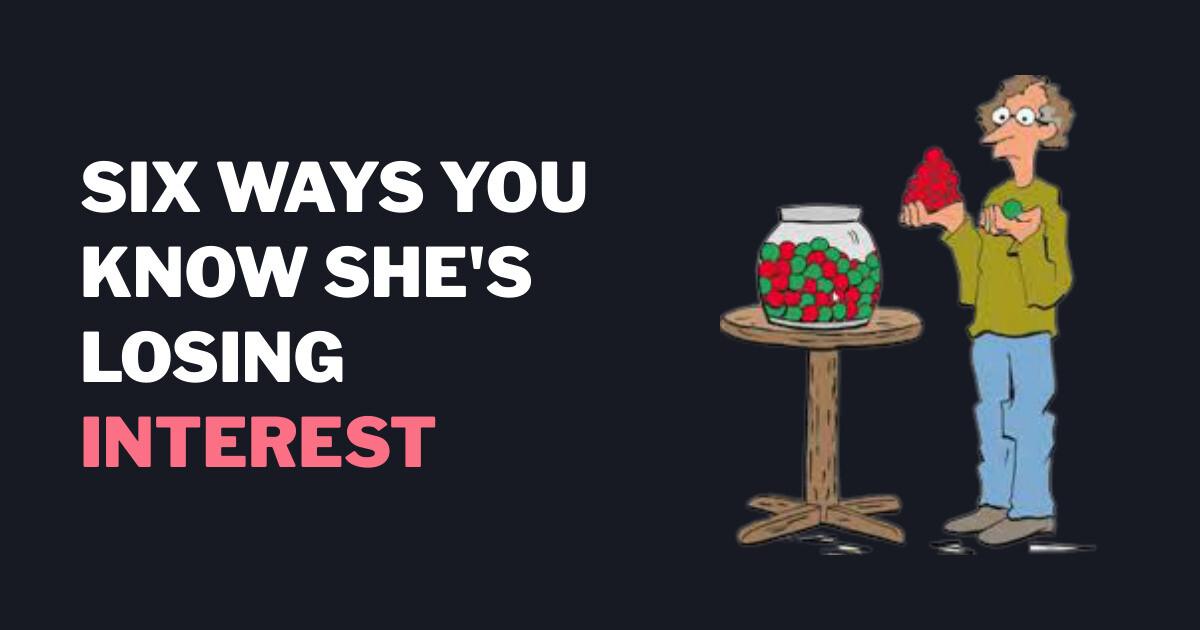 Hostile criticism has become a habit

When criticism over habits, looks, and choices becomes her new norm, it's a sign that she no longer wishes to deal with your flaws. A girl and boy must often accept each other’s flaws and shortcomings for a successful relationship. If she gets easily irritated with you and no longer puts in effort in a relationship, it's a sign your girlfriend is losing interest.

The situation becomes terrible when a girl starts commenting on small things you can’t change. Sometimes, a lack of comfort at times of problems is also a sign of a girl’s losing interest.

Most women tend to touch to express their love and affection. When you have a habit of playful touch on arms and other body parts, the sudden absence of such strokes or hand touch becomes a massive sign she's losing interest.

The things are alarming when she touches other guys more affectionately. The casual romantic touch expresses her love.

But its absence shows that your girl is no longer interested in the relationship.

She doesn’t want to spend time with you

Spending quality time together is the basis of successful relationships.

When you started dating, you used to plan weekends with great enthusiasm. Netflix and date nights all seem fun events, but now such activities and quality time have completely transformed.

She no longer enjoys this time and bears the weekends with you as an annoying chore or obligatory task. Her unwillingness to do anything with you, discomfort, and constant complaints are signs she's losing interest.

Seldom disagreements are a part of a relationship, but when she is in a bad mood all the time, especially around you, it's a bad sign.

Your jokes do not make her laugh anymore

If you notice that your girl does not laugh at your jokes the same way as before is a clear sign she’s losing interest. No matter what you say, she no longer laughs at your jokes. The worst situation is that she does not even pretend to like your jokes.

She hardly ever calls or texts you

The absence of phone calls and text messages shows that your girlfriend is either too busy or doesn't want to continue the relationship anymore.

Everyone loves to chat with someone they are romantically attracted to express their feelings. Memes, music, and sweet notes are randomly exchanged. But when your girlfriend rarely messages you or never asks you out and replies to you with a one-word answer shows that something is incredibly wrong.

When you feel such things, it's best to text her and discuss things with her, whether she answers or leaves you on a seen.

She doesn’t interact lovingly with your loved ones anymore

The attitude of a girl you are dating towards your family and friends shows a lot about her commitment and sincerity to the relationship. Is she still attending your family gatherings with the same enthusiasm, or has she stopped talking to them entirely?

If she doesn't enjoy spending time in your social circle, it's a sign she’s losing interest in the relationship, and you are not her priority anymore. This emotional distance indicates that she has already planned a way to ditch the relationship forever. 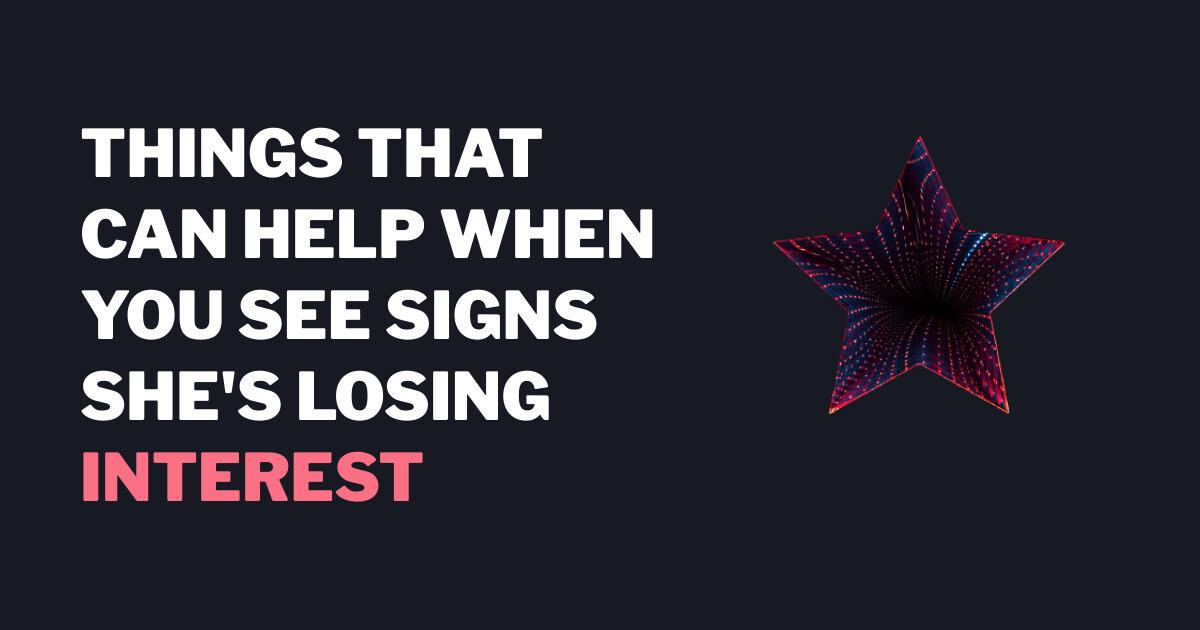 Things that can help when you see signs she's losing interest

Now that you have accepted the ugly truth that something has made your dream girl lose interest in you, you need to decide your next step.

Should I talk to her to bring that lost interest back, or is it too late? It usually depends on the situation. If she had feelings for you earlier, there's a good chance that you could fix the problem by talking to her and analyzing her concerns.

Ask her a direct Question.

Ask her a question ‘what can I do for you today?’ This simple question is sure to leave her surprised. Abide by whatever she asks you to do.

Whether she asks you to help her take care of her dog for a while or any other house chore, make sure to smile at her and do what she asked for gently.

Analyze what her biggest concern was?

See what she used to complain about but has eventually stopped complaining about. It could be something you do not prioritize or do not spend enough time with her.

Most men do not give importance to such complaints, which later affect her attitude and mood, making her lose interest. Because a woman never forgets such things. She might have given up the fight, but it had also diverted her heart from you .

Start working on her concerns, or there's a chance you are going to lose a compatible partner.

Make an effort to make her satisfied

Aside from all the other things, some women are more demanding in a physical relationship, whereas some prefer fun fewer times. But the success of your relationship depends on sexual pleasure and satisfaction.

Most women often do not talk about what they want, so the responsibility to find out what your girl likes falls on your shoulder. Find the right way to approach her and make her happy and satisfied.

If you are worried that the woman you are dating is not putting effort into keeping the boat floating, look for the signs that indicate that you need to talk to her.

Sometimes men forget that their partner is also a human being who might be going through a phase that needs more care and attention. Instead of taking her for granted, have a heart-to-heart conversation with her and if she persists in going separate ways, respect her decision.

Signs She Lost Interest and What to Do About it 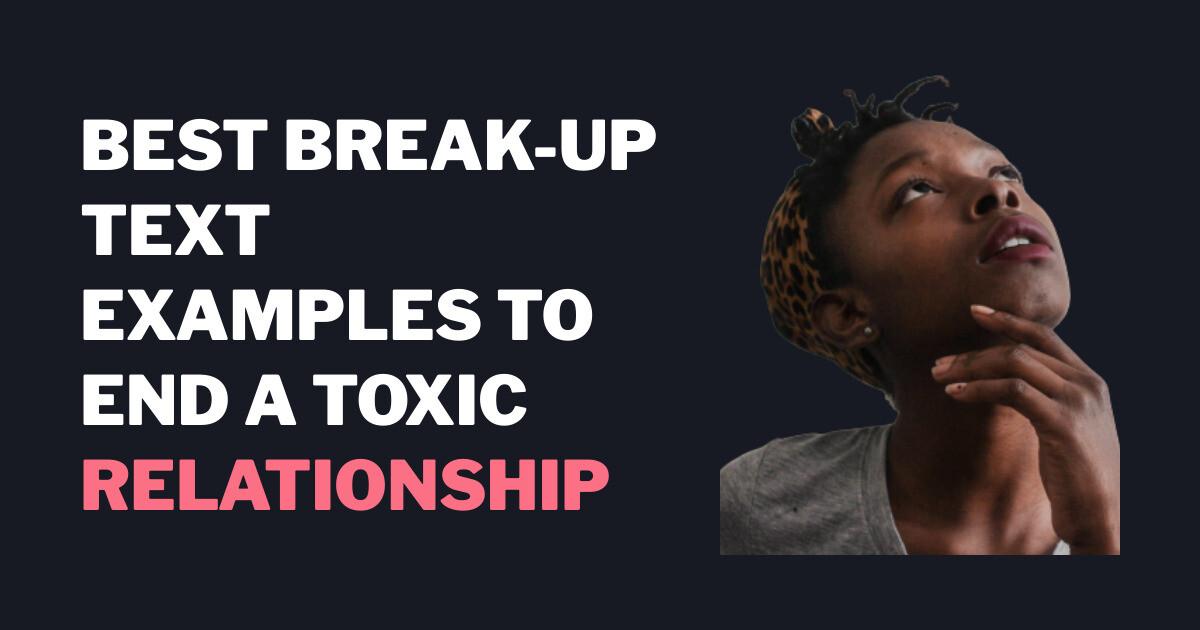 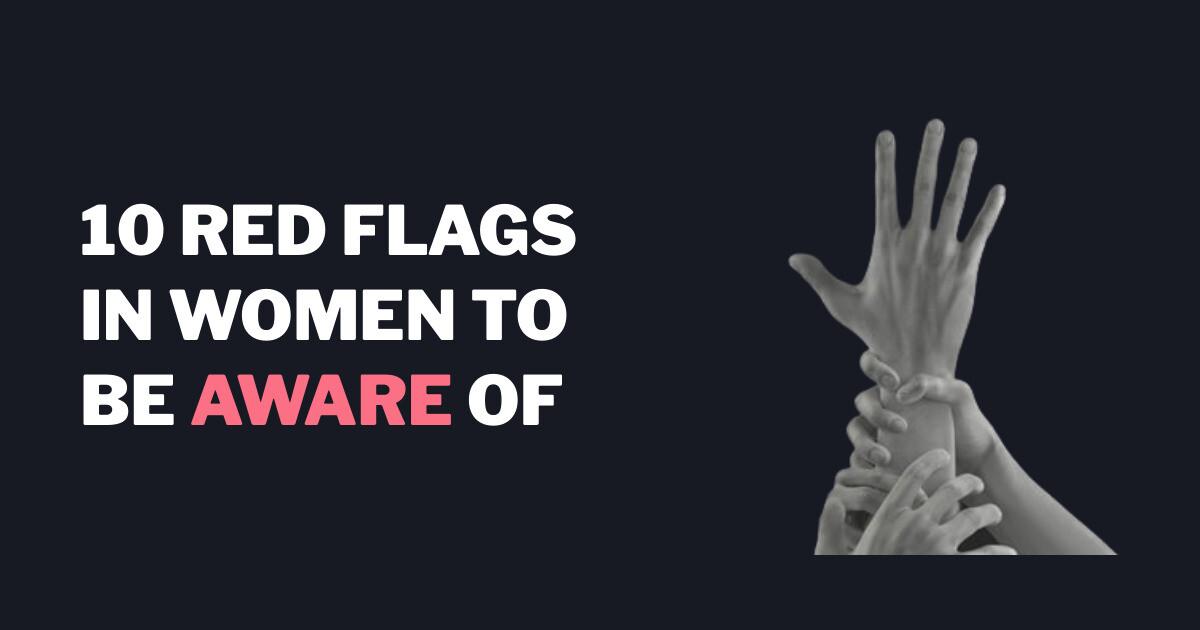 10 Red Flags in Women to be aware of